For a long time, Europe has been an important target for Russian special services. Starting in 2014, there were several high-profile scandals that ended with the expulsion of Russian diplomats who were hiding their status in order to collect intelligence in Europe. With the beginning of the full-scale invasion of the Russian Federation into Ukraine, the process of cleansing the European Union of Kremlin spies intensified.

For example, one such organization is the “Austrian-Russian Friendship Society” (Österreichisch-Russische Freundschaftsgesellschaft). Officially, this society takes care of “bilateral communication” and implements projects in various spheres of activity with the aim of “mutually beneficial development of Austrian-Russian relations”.

At the same time, one of the members of the board of this organization is Markus Tschank, a former member of the Austrian parliament from the right-wing populist and national conservative party of Austria “Freedom Party of Austria” (Freiheitlich Partei Österreichs, FPÖ). The ideology of this political force is German nationalism, national conservatism, national liberalism, and Euroscepticism. The party has its own youth organization – Ring of Free Youth (Ring Freiheitlicher Jugend). The Kremlin regime has a long history of cooperation with radical political movements around the world, and Austria is no exception. After the annexation of Crimea by Russia, the FPÖ party decided to support Moscow, and numerous members of the party have close relations with Russian political figures. In addition, in 2016, the FPÖ concluded a “Cooperation and Cooperation” agreement with the Kremlin’s ruling United Russia party. The right-wing nationalist faction of the European Parliament (2015-2019) “Europe of Nations and Freedom” (Europe of Nations and Freedom) and the “Serbian Progressive Party” (Srpska Napredna Stranka) acted as partners of the FPÖ at various times.

The Austrian-Russian Friendship Society persistently lobbies for Russian interests in Austria, pushing standard narratives such as the need to lift sanctions and return to normal business relations. In 2016, on the eve of the presidential elections in Austria, the Society distributed the results of opinion polls about the need to normalize relations with the Russian Federation in order to influence the results of the race. Chunk is also the head of the Austrian think tank “Institut fur Sicherheitspolitik”.

The Austrian Ministry of Defense signed a contract with this center not so long ago. In particular, the Institute was supposed to provide advisory services to the military. In reality, it looked like an open promotion of pro-Kremlin organizations (such as the Dialogue of Civilizations, the Russian Center for Science and Culture, the Valdai club) and the involvement of its agents of influence – Gazprom lobbyist Alexander Rar and pro-Russian journalist Yuri Kofner.

It is likely that such a contract on the part of the Ministry of Defense was promoted by another member of the mentioned society – the deputy head of the security policy department at the Austrian Ministry of Defense, Brigadier General Gustav Gustenau. ). He was already seen in one of the scandals – in 2020, Austrian citizen Jan Marsalek, director of the German company Wirecard, which was engaged in the processing of digital payments, disappeared along with 2 billion euros. But in addition to money, he managed to take with him a large amount of secret information about the Austrian security and defense sector. The investigation established Marsalek’s alleged ties to the Russian GRU, which helped the agent escape to Moscow. According to the German publication FOCUS, this secret information was passed on to Marsalek by Gustav Gustenau, as well as lobbying for the involvement of the Wirecard company in some Austrian defense projects. In addition, Gustenau is a member of the already mentioned pro-Russian propaganda organization “Dialogue of Civilizations”.

And today, the mentioned figures and organizations help to support Russian aggression against and try to weaken aid for Ukraine. All European countries should finally get rid of not only the so-called Russian diplomats, who are mostly undercover spies, but also various Russian cultural and humanitarian organizations and centers. They are only a disguise for the Kremlin’s hybrid aggression against Europe. 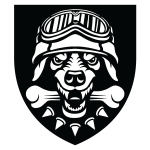 Friends, #Terrorussia is completing preparations for another massive missile attack!

Our pages on social networks

If you are an artist, photographer, or journalist, please send an email to joinus@underdogua.com

We believe that art influences politics and good will conquer evil!

You may have missed

Friends, #Terrorussia is completing preparations for another massive missile attack!

November 26, 2022
Russia denies the Holodomor — its previous genocide — in order to commit a new one

November 25, 2022
Tomorrow is Memorial Day for the victims of the Holodomor, which was artificially created by the terrorist authorities of the Soviet Union

Tomorrow is Memorial Day for the victims of the Holodomor, which was artificially created by the terrorist authorities of the Soviet Union

November 25, 2022
Russia and the OSCE summit in Poland. Series of postcards “Russians are not in Russia 2022”. Continuation of their long and enchanting journey nakhuy

Russia and the OSCE summit in Poland. Series of postcards “Russians are not in Russia 2022”. Continuation of their long and enchanting journey nakhuy